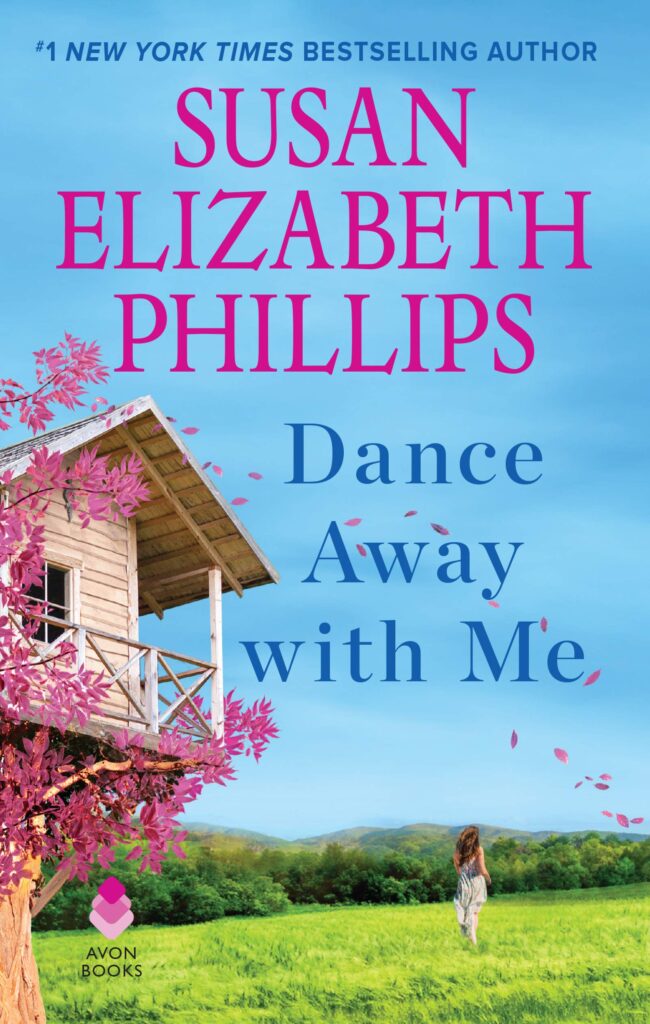 Dance Away with Me

At long last, the legendary New York Times bestselling author returns with a heartfelt novel of womanhood, a wild heart, and the healing power of love.

When life throws her one setback too many, midwife and young widow Tess Hartsong takes off for Runaway Mountain. In this small town high in the Tennessee mountains, surrounded by nature, she hopes to outrun her heartbreak and find the solace she needs to heal.

But instead of peace and quiet, she encounters an enigmatic artist with a craving for solitude, a fairy-tale sprite with too many secrets, a helpless infant, a passel of curious teens, and a town suspicious of outsiders, especially one as headstrong as Tess. Just as headstrong is Ian North, a difficult, gifted man with a tortured soul—a man who makes Tess question everything.

In running away to this new life, Tess wonders— Has she lost herself . . . or has she found her future?

Ian Hamilton North, IV, was having a bad day. A particularly bad day in what had been a series of bad days. Bad weeks. Who the hell was he kidding? Nothing had been right for months.

He’d bought a place in Tempest, Tennessee, because of its isolation.

The town was too small to disturb the region’s natural beauty: the hills and mountains that looked as though they’d been drizzled in watercolors, the wispy morning mists, extravagant sunsets, and clean air. Unfortunately, there were also people. Some came from families that had lived here for generations, but retirees, artisans, homesteaders, and survivalists had also settled in the mountains. He intended to have minimal contact with all of them, and he’d only come into town on the slim chance that the Dollar General might have the English muffins Bianca craved. The muffins had been missing from the order he paid a fortune to have delivered every week from the closest decent grocery store twenty miles away. But English muffins were too exotic for the Dollar General, and he was in no mood to make the drive to get them.

As he reached his car, he stopped.

She was gazing into the window of the Broken Chimney, the town’s so-called coffee shop, a place that also sold ice cream, books, cigarettes, and who knew what else? It was odd. Despite how furious he’d been, he’d noticed the complete absence of joy in Tess Hartsong’s dancing. Her fierce, percussive movements had been tribal, more combat than art. But now she stood still, suspended in a dapple of sunlight, and that quickly, he wanted to paint her.

He could see it. An explosion of color in every brush stroke, every press of the nozzle. Cobalt blue in that fierce gypsy hair, with a touch of viridian green near the temples. Cadmium red brushing her olive skin at the cheekbones, a dab of chrome yellow at their highest point. A streak of ochre shadowing that long nose. Everything in a full palette of colors. And her eyes. The color of ripe August plums. How could he capture the darkness there?

How could he capture anything these days? He was trapped. Imprisoned in his youthful reputation as surely as if he’d been fossilized in amber. He had to get rid of her. And quickly. Before she caught Bianca’s attention more than she already had.

He set off toward the coffee house.

Tess knew he was close even before she saw him. It was a stir in the air. A scent. A vibration. And then the surly growl she remembered. “Bianca told me I was incredibly rude this morning.”

“She had to tell you this?”

Tess had been studying the sign in the window of the Broken Chimney when he approached. Close up, he was even more formidable—the opposite of the whippet-thin, garret-living, stereotype of an artist sporting a scraggly goatee, nicotine-stained fingers, and deep-socketed eyes. His shoulders were broad, his jaw rock solid. A long scar ran down the side of his neck, and the small holes in his ear lobes suggested they’d once held earrings. Probably a skull and crossbones. He was an outlaw, the grownup version of the teenage punk who’d holstered a spray paint can instead of a handgun—the young thug who’d spent years in and out of jail for trespassing and felony vandalism. Despite worn jeans and a flannel shirt, this was a man at the top of his game and accustomed to everyone kowtowing to him. Yes, she was intimidated, both by the man himself and by his fame. No, she wouldn’t let him see that.

“I tend to be self-absorbed…” he said, stating the obvious. “…except as it affects Bianca.” His words had slowed so that each one carried extra weight.

“Really?” This was so none of her business, but from the moment he’d stormed into her yard, he’d raised her hackles. Or maybe she was simply enjoying the freedom of someone glaring at her instead of regarding her with pity. “Dragging a pregnant woman away from her home to a town that doesn’t even have a doctor?”

His ego was too big to be put on the defensive, and he brushed that aside. “She’s not due for another two months, and she’ll have the best care. What she needs most right now is rest and quiet.” His eyes, the unfriendly gray of a winter sky just before a snowstorm, met hers. “I know she invited you to the house, but I’m withdrawing the invitation.”

Instead of backing away as any normal person would, she pressed. “Why is that?”

“These days healthy pregnant women are advised to stay active. Isn’t that what her doctor recommended?”

His slight hesitation might have been imperceptible to someone who hadn’t been trained to observe, but not to her. “Bianca’s doctor wants the best for her, and I’m making sure she gets it.” With a curt nod, he walked away, his strong musculature and purposeful stride giving him the look of a man who’d been designed by God to weld girders or pump petroleum instead of creating some of the twenty-first century’s most memorable street art.

Bianca had said he was “overprotective,” but this seemed more like smothering. Something felt wrong between these two.

A muddy pickup sped past blowing exhaust. Tess had come to town for doughnuts, not to become enmeshed in other peoples’ lives, and she returned her attention to the sign in the window.

She was a midwife. Any day now, her anger, her despair, would fade into resignation. It had to. And as soon as that happened, she’d be ready to look for work in her field. She’d find a job that would let her recapture the satisfaction of helping vulnerable mothers give birth.

She didn’t need to go back to work yet, so why was she staring at the sign as if her whole messy world had been reduced to this backwater coffee shop?

Because she was scared. The solitude on Runaway Mountain that she’d thought would give her new life wasn’t working out. It had become too tempting to stay in bed. To eat doughnuts and dance in the rain. Last week, she’d gone four days before she’d remembered to take a shower.

The bitter swell of self-disgust ballooning inside her forced her through the door. She could either ask about the job, or—a better idea—she could buy a doughnut and leave.

But Tess Hartsong doesn’t leave.  Instead, she takes her first step into a challenging new life. A life that will force her to deal with a fairy-tale sprite who has too many secrets, a helpless infant, a passel of curious teens, a family of survivalists, and a town suspicious of outsiders, especially one as headstrong as Tess.  Then there’s the biggest challenge of all, Ian Hamilton North, IV.  Like Tess, he’s come to Runaway Mountain to escape.

Good luck with that.

"...deeply felt romance...Phillips layers this poignant love story with robust descriptions of mountain scenery and society, and a well-handled subplot about Tess’s fight for comprehensive sex education for the town’s teens. This stirring romance is sure to capture readers’ hearts." -- Publishers Weekly (starred review)

"Ian and Tess are pitch-perfect in this sweet and sizzling stand-alone story from best-selling Phillips." -- Library Journal

Susan Elizabeth Phillips is my favorite author for great contemporary romance fiction and her newest release proved why she has been an auto-buy for me. This book had all the elements of a perfect story - wonderful characters, a quirky, small town with colorful secondary characters that made me laugh, a beautiful romance, plot twists galore, and most of all, the perfect hero and heroine with push/pull tension that kept the pages turning. Bravo. It's one of my new favorites! — Jennifer Probst (NYT Bestselling Author) 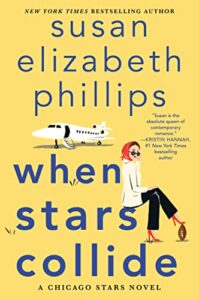 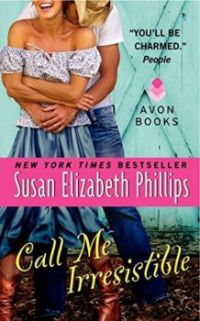 Susan Elizabeth Phillips is giving away a signed mass market paperback copy of CALL ME IRRESISTIBLE to one winner.